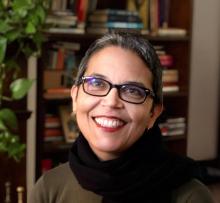 One way to understand an information transfer system is as a memory-based cognitive capacity where linguistic and non-linguistic units interact in real-time to give rise to conceptual construals i.e., information.  The goal of my talk is to explore this possibility in detail through the lens of metonymic expressions.  Whereas linguistic expressions like English possessives “The cat has beautiful fur” or locatives “The cat has a collar (on him)” appear to provide all the elements for conceptually acceptable interpretations, English metonymic sentences like “The woman sold three Waldorfs at the auction yesterday” or “The peritonitis not the conjunctivitis is talking to the surgeon now (the resident tells the anxious intern)” do not. These interpretations are very much linguistically underspecified yet ever present in English speech communities, suggesting that the mechanisms that give rise to them are integral to the functioning of language. On the assumption that all linguistic expressions are interpreted through the same processing infrastructure, the existence of such diversity of underspecification suggests that they are organized not as categories but as a continuum. And their varied semantic-pragmatic structures suggest that the linguistic interpretive burden may not be not on the language system per se but on the linking system that makes linguistic expressions visible to the conceptual system and vice versa: the language-conceptual system interface.

In the talk I approach the question of the structure of this interface by leveraging the linguistic and conceptual properties of metonymic expressions as indicators constraints on the interface. I argue that these set of constraints are capturable within The Multidimensional Space (MdS) (e.g., Piñango, 2019), a system originally designed to capture the location-possession continuum. More generally, the MdS works as the long-term memory space where so-called lexicalized meaning structure and conceptual structure meet, and where viable conceptual interpretations of underspecified linguistic expressions can be construed. These are properties that can capture diverse levels of linguistic underspecification making it a possible candidate for an information transfer system.