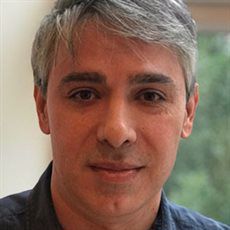 It is commonly assumed that the modern days of the psychology of language started with Chomsky’s (1959) vitriolic review of Skinner’s (1957) book Verbal Behavior (cf., Harley, 2005). The term psycholinguistics, however, appeared almost a decade and a half earlier in a book with the same title: Psycholinguistics: A survey of theory and research problems, edited by Osgood and Sebeok (1954). Osgood himself, in retrospect, described this “formative period” of the discipline as being “characterized by extremely good relations between psychologists and linguists, [… having] a common commitment to an operationalist philosophy of science, and a division of labor” (1975, p. 17). Rather naturally, learning took a prominent role in this interdisciplinary enterprise, and mature, so-called two-stage theories of learning were considered with much optimism, perhaps under the direct influence of Osgood himself.

The change came with Chomsky’s rather different vision of linguistics and of psycholinguistics too, where learning had no place at all in this new research landscape. Interestingly enough, usage-based linguistics, another major branch of linguistics, took a profoundly different position from that of generativism. Yet they did not find a place for learning among their favoured general cognitive abilities (cf., Divjak, 2019), the primary mediators/moderators of language knowledge as shaped through use. The general cognitive abilities that have received most attention to date are classification, abstraction and imagination (metaphor, metonymy), while processes or functions that would enable ‘growing’ a system from use have been conspicuously absent from systematic consideration. Learning remained the “elephant in the room” and only in recent years can a gradual resurgence in the interest in learning be observed (cf., Ellis, 2006; Ramscar et al., 2010; Baayen, Milin et al., 2011; Milin, Divjak et al., 2016; Divjak & Milin, 2020).

Together with the Out of our Minds team [https://outofourminds.bham.ac.uk] I am working to redress the balance. In my talk I will present three inter-related studies: (a) individual differences in learning subject-verb agreement in L2, (b) general trends in learning L2 English articles, and (c) processing Slavic nominal paradigms. I will argue that the units and generalisations that are allowed on our theory should be based on what can be learned from input. This is one way of honouring the cognitive commitment by which cognitive linguists are bound. Simultaneously, the fully developed complex system of language with its cognitively plausible abstractions is teaching us exciting lessons about the nature of the learning machine itself to respond to environmental (including social and cultural) pressures and achieve effective adaptation.

Harley, T. (2005). The psychology of language: from data to theory. Hove: Psychology Press.