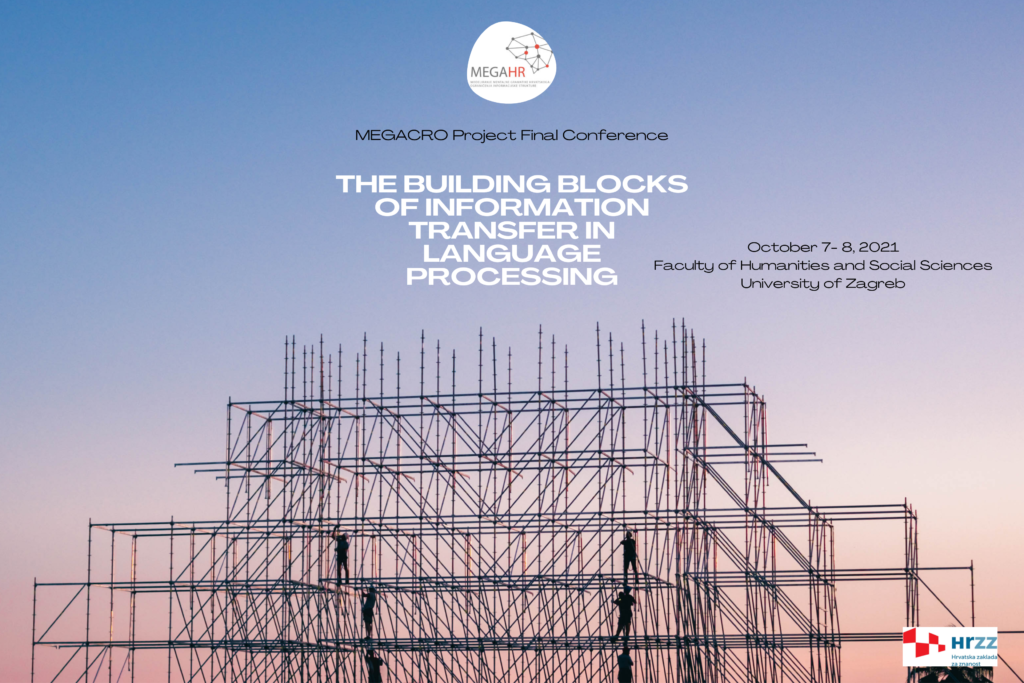 The final conference of the MEGACRO project was held on the 7 and 8 October 2021. Project members presented the results of the project and eminent invited speakers provided a broader background to the issues discussed.

The conference program is available here.

The materials used in the presentations will be available below, together with the video recordings of the talks.

Ray Jackendoff, What is the form of the information that is transferred in language processing?  video

Petar Milin, What can be used from learning? video

Processing SVO and OVS Word Order in Croatian: The Role of Prominence Features in Comprehension and Acceptability (Irina Masnikosa and Anita Peti-Stantić, University of Zagreb) video