Processing the SVO and OVS Word Order in Croatian: The Role of Prominence Features in Comprehension and Acceptability

In line with Bornkessel-Schlesewsky and Schlesewsky’s (2009) assumption of prominence-based argument processing of transitive structures, the present study is aimed at experimentally examining the prominence hierarchy in Croatian. Croatian is a language with flexible word order, case-marking, gender-marking and animacy-marking. However, the canonical order is considered to be SVO (Greenberg 1963) . While the incremental argument interpretation in transitive sentences in Croatian predominantly relies on case marking (MacWhinney and Bates, 1989), case syncretism can help differentiate the role morpho-syntactic, semantic and information-structural principles each play in word ordering. We used temporarily ambiguous input to test the effects of (i) morphological marking vs. sentential position, (ii) animacy, and (iii) givenness in processing SVO and OVS  orders.

We have conducted three online experiments using the web-based platform IbexFarm (Drummond, 2011. Each trial consisted of a self-paced reading task (word-by-word segmentation) followed by an acceptability judgment task. The self-paced reading task explored to what extent speakers use sentential position, animacy and givenness to incrementally assign arguments, while the acceptability judgment task was used to test the overall preference for (i) S>O, (ii) animate > inanimate and  (iii) given information > new information. We collected the measures for (i) sentence ratings on a 1-5 Likert scale, (ii) reaction times for acceptability judgments and (iii) reading times for individual words. The analyses were carried out in R (R Core Team, 2021) using (i) cumulative link mixed models for acceptability rating data and (ii) generalized linear mixed models for reaction time data. Reading times data longer than 3000 ms and shorter than 100 ms were excluded from the analysis.

Following Bornkessel and Schlesewsky’s (2006) Minimality principle, we assume that, in the absence of morphological cues, the processing system assigns minimal structure, i.e. the canonical word order. In the first experiment, we test the canonicity of S > O order capitalizing on the syncretism for Nom/subject and Acc/object masculine nouns (1a,b). We predicted the initial interpretation of the first NP as subject, leading to (i) lower ratings and (ii) reanalysis (i.e. longer reading times) when the information in the disambiguating region (lexical verb) is incompatible with the S > O  reading (Table 1, condition 4). 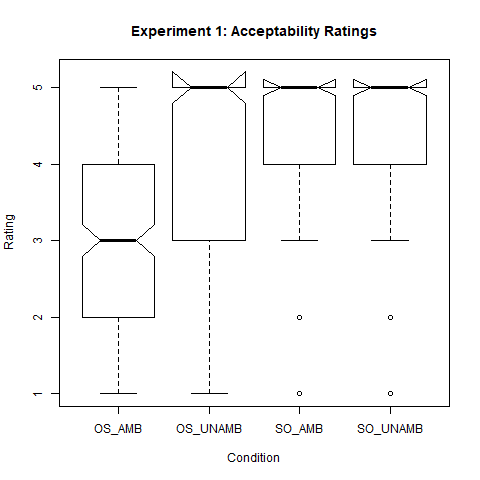 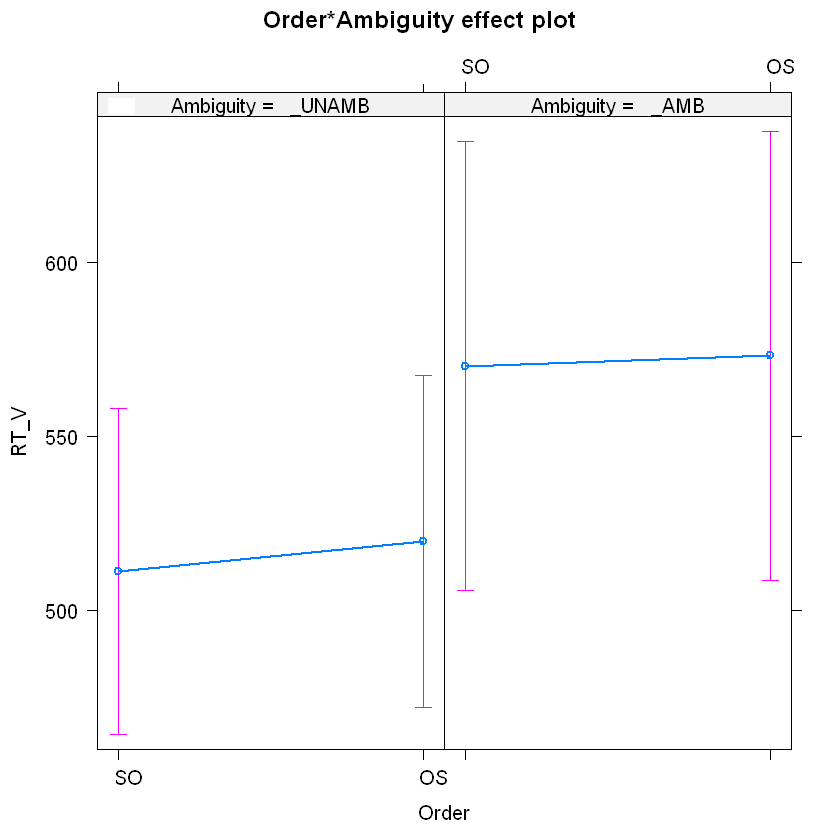 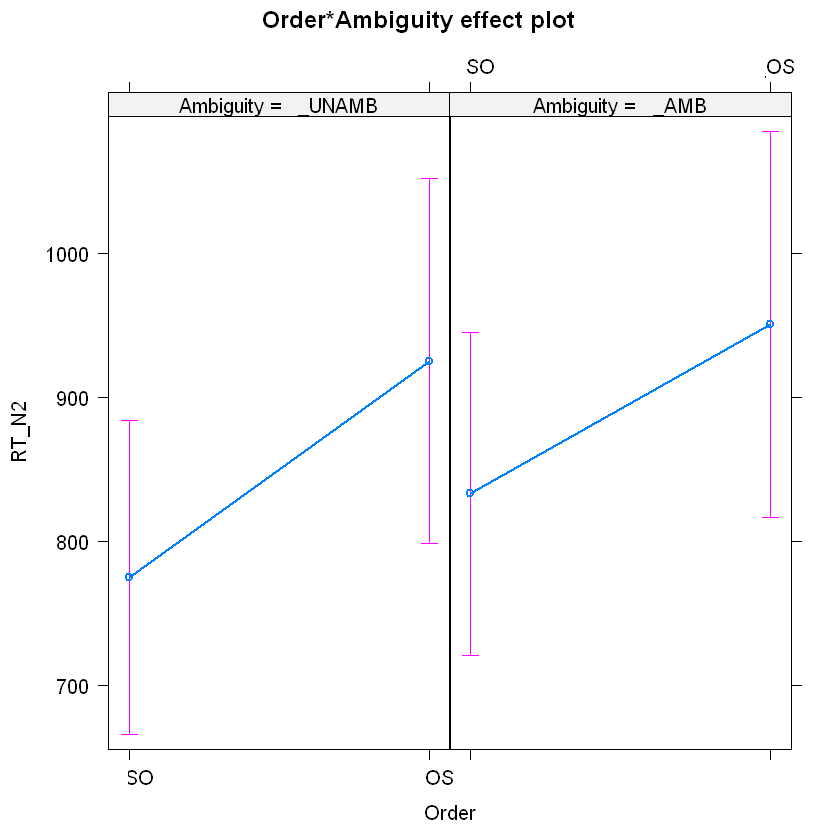 In the second experiment, we tested the role of animacy in argument assignment for temporarily ambiguous NPs. Based on previous research (Mak et al., 2006 for English; Jackson and Roberts, 2010 for Dutch), we predicted the preference for animate subjects,  leading to (i) lower ratings and (ii) slower reading times when the subject in canonical position is inanimate  (Table 2, condition 4 in comparison to condition 1). Considering the penalty for the morphologically unmarked OVS order shown in Experiment 1, the effect of argument order was expected as well. 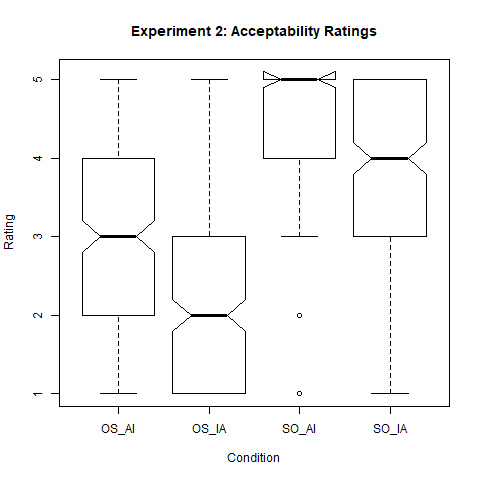 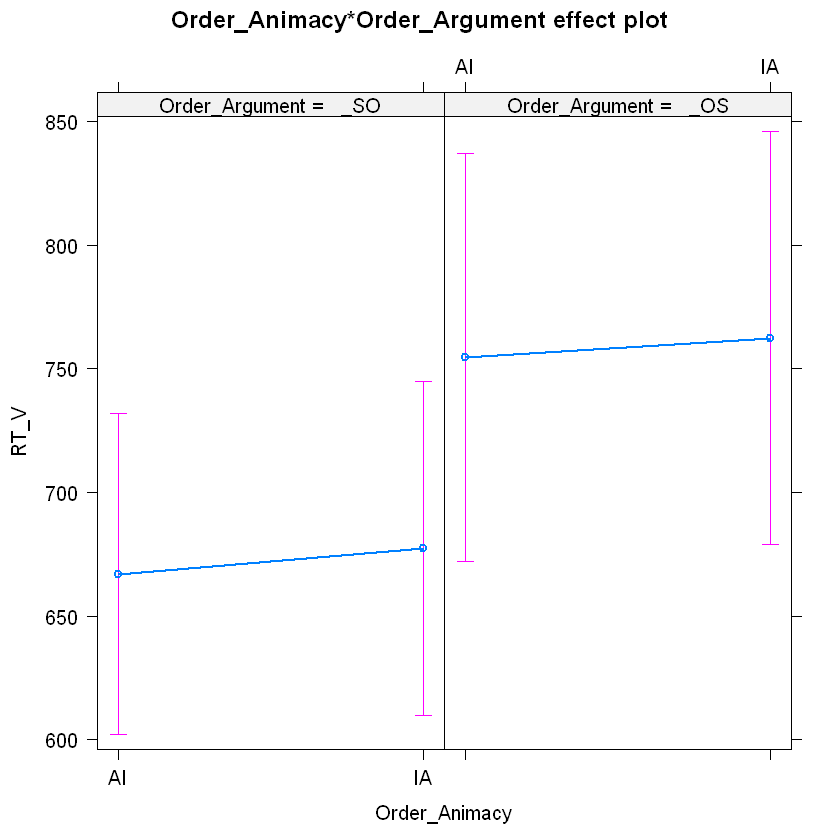 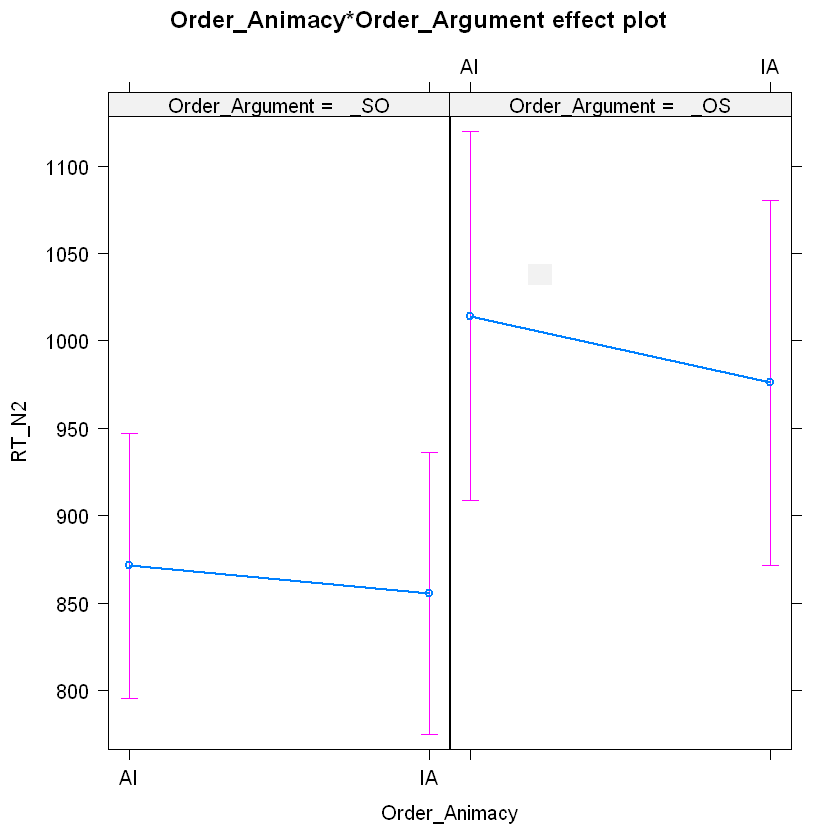 Experiment 3: Given before New

In Experiment 3, we used ambiguous experimental items from Experiment 1 to test the preference for  given information to precede new (Kučerova, 2007), a generalization that has been  challenged in Slavic (Šimík and Wierzba, 2017). The given > new  preference was expected to (i) license the OVS word order and (ii) facilitate disambiguation when the object is given in the previous context (Table 3, condition 2 in comparison to condition 4). 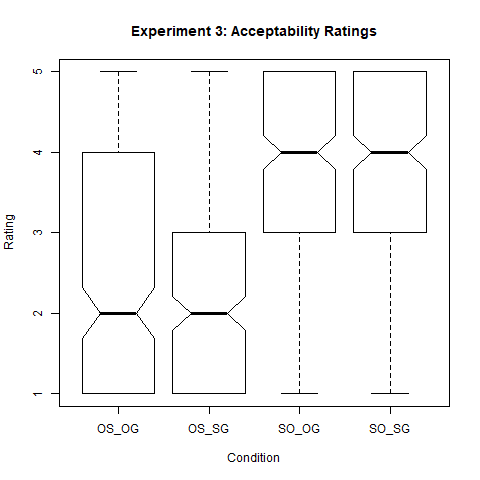 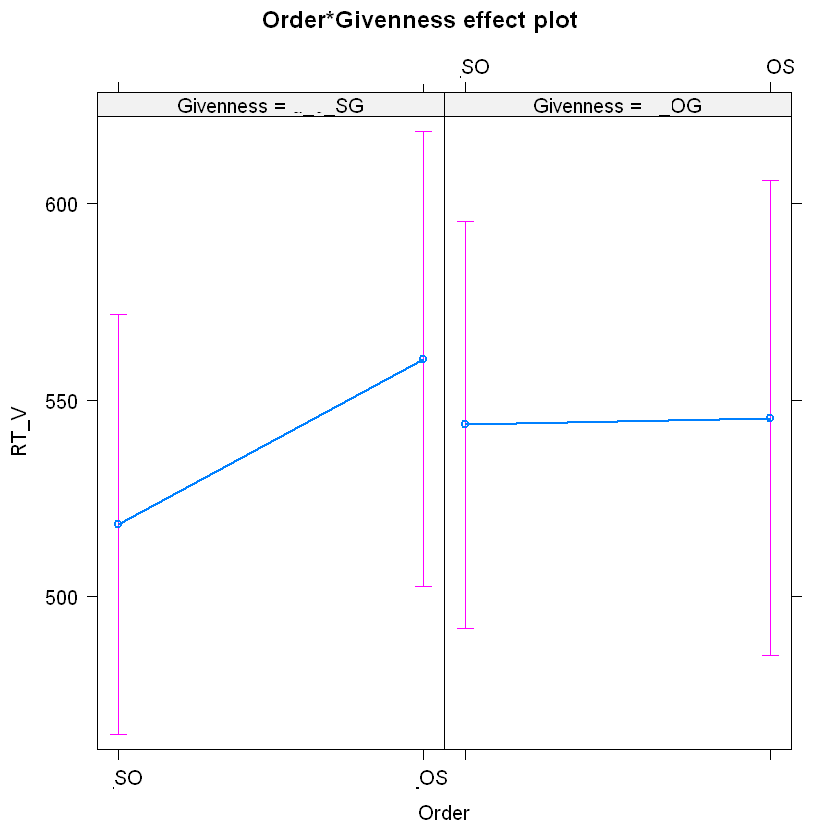 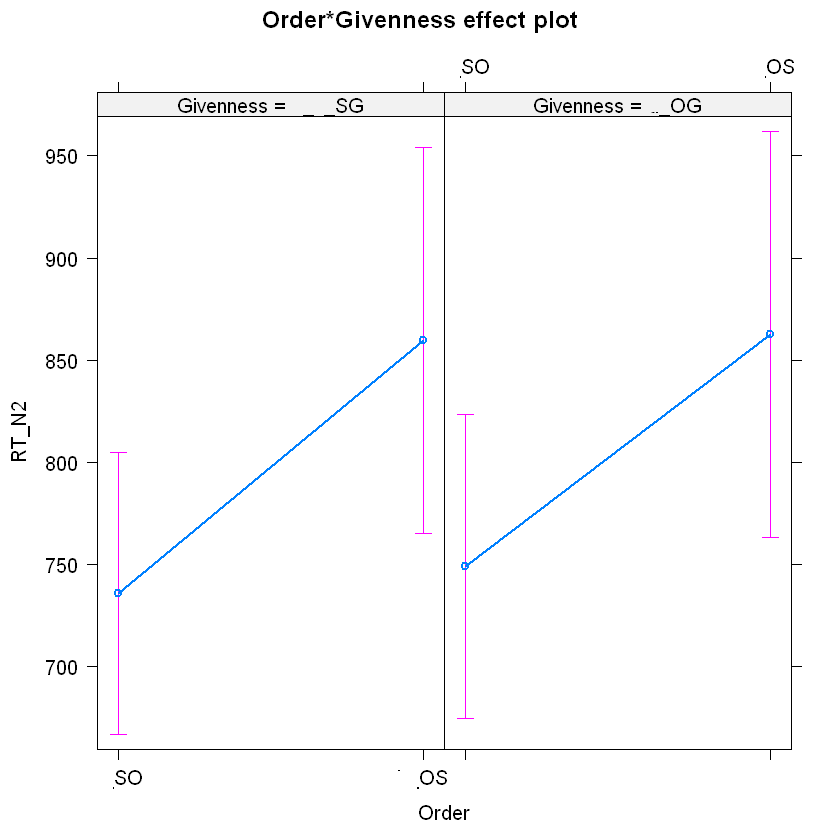 While the results of the first experiment confirm case-marking to be a cue for incremental argument interpretation in Croatian, the present study provides evidence that the sentential position of argument plays a prominent role in the interpretation of transitive sentences, even when the morphological cues are available. The canonicity of SVO word order is supported not only by the results of the acceptability judgment tasks but also by the self-paced reading tasks. The results from Experiment 2 indicate that the semantic feature of animacy has an impact upon the assessment of role prototypicality, but should be placed lower on the prominence scale for Croatian. On the other hand, the information-structural feature of givenness did not significantly affect the acceptability or reading times of sentences with the dispreferred OVS word order. However, this may be due to the difficulty of capturing the potential information-structural effects with the current experimental design, therefore we argue that their role in word ordering in Croatian should be further investigated in a production task.